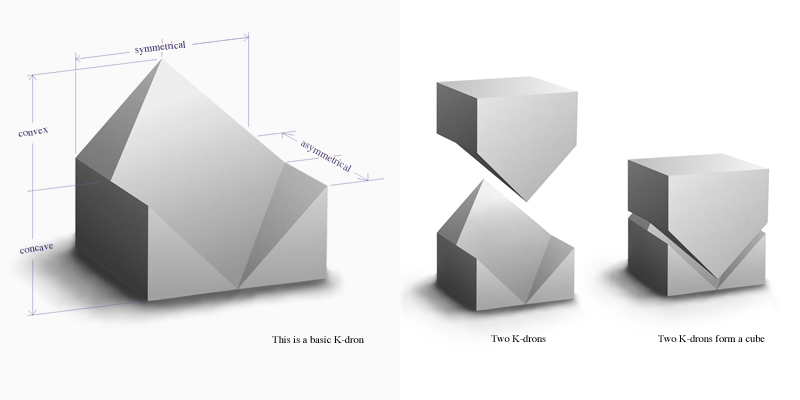 K-DRON, an eleven-sided spatial form with unique optical, acoustical and structural properties. Discovered by Janusz Kapusta, 1985, patented in 1987. “K”, the eleventh letter of the alphabet; GK-EDRON from greek means surface. 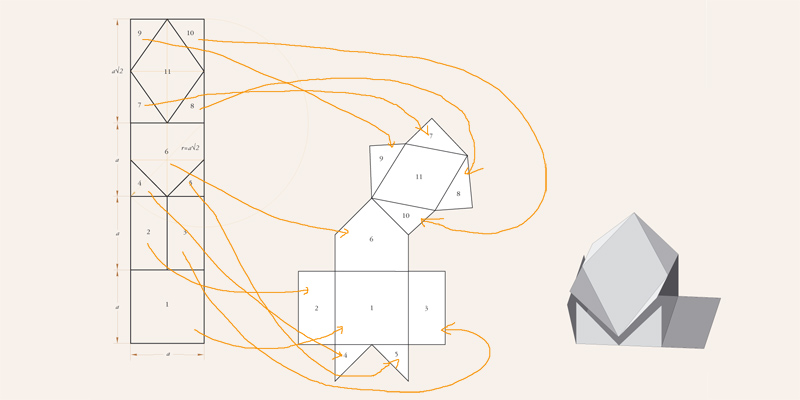 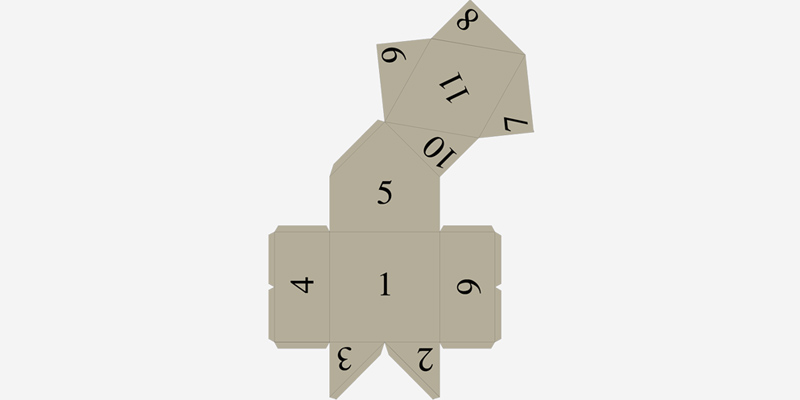 K-DRON is both a remarkably simple and complex structure. Its basic form has a square base, eleven multifaceted sides and a diamond-shaped face with a 45 degree angle of inclination. 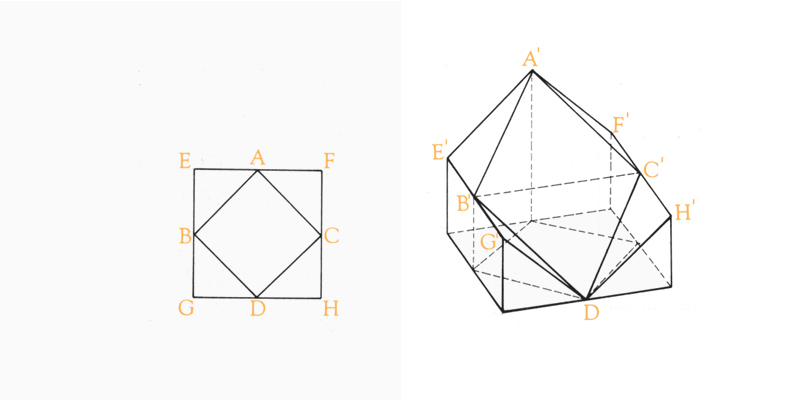 Viewed from above, it is a square within a square. The surface structure is both symmetrical and asymmetrical, concave and convex. 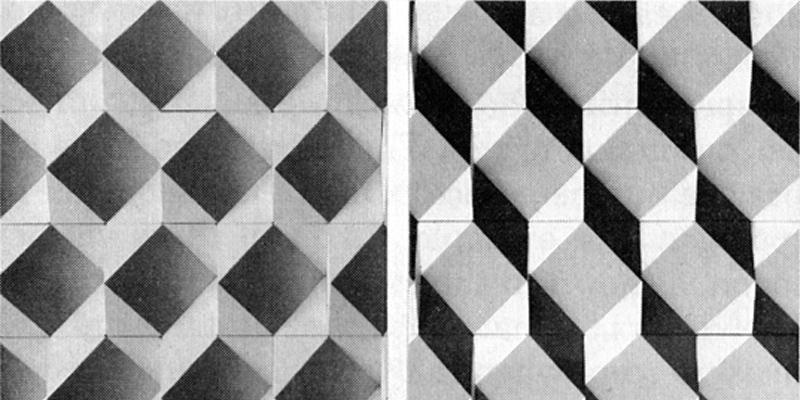 K-dron possesses exceptional optical properties. Several K-DRONs placed next to each other create a dynamic number of possible patterns. Because of the opposite but complementary nature of its structure, two basic K-DRONs placed on top of each other form a cube. Interaction with its form reveals the fascinating versatility of the K-DRON and its potential product application. K-DRON has its own geometry, which, once discovered, cannot be improved – just as one cannot improve a cube. Thus, K-DRON must itself be recognized as a new spatial form to be examined and commercially utilized. Its structure is intrinsically related to the symmetry of such common forms as the cube, pyramid, octahedron and dodecahedron.