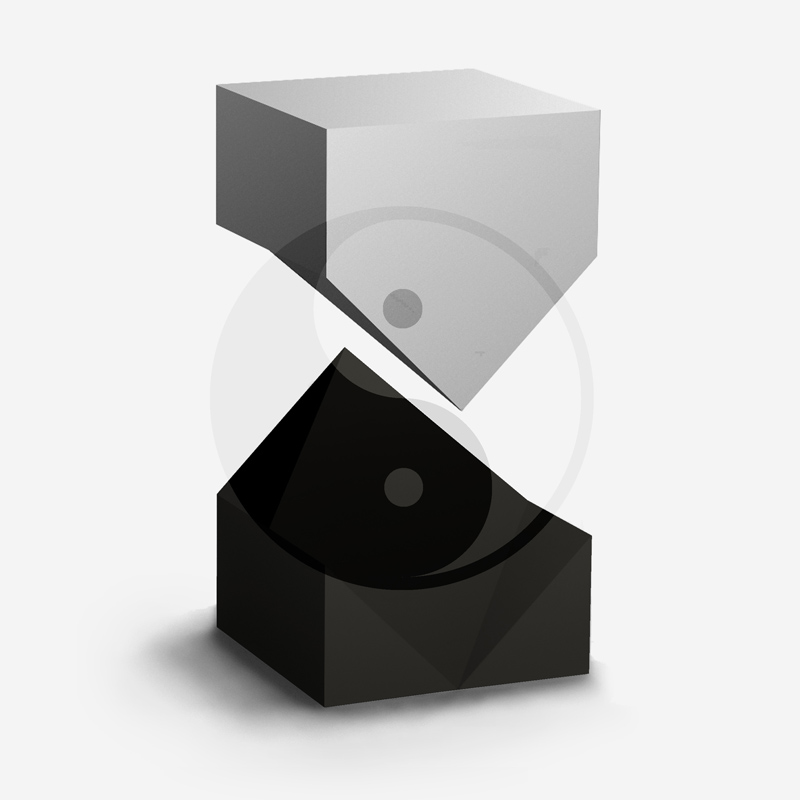 One of the most significant characteristic of the basic K-dron is that it has two opposite, equal parts which can be folded into each other, forming a cube (a K-dron with any other angles will form a rectangular block. The dynamic interplay of these two parts makes K-dron the 3D geometric equivalent of the ancient Chinese symbol of the Tao, depicting the union of opposite but also complementary elements.