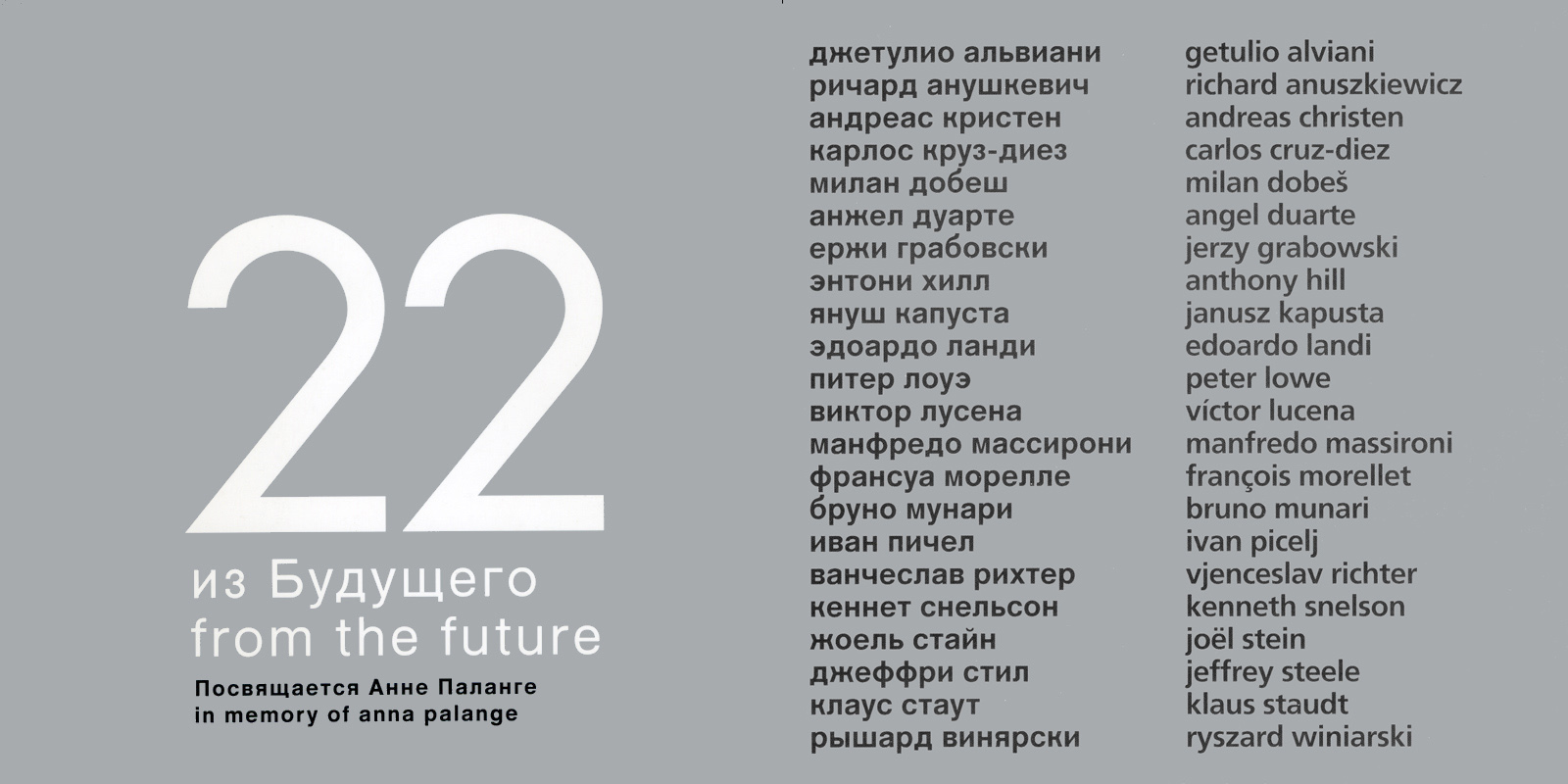 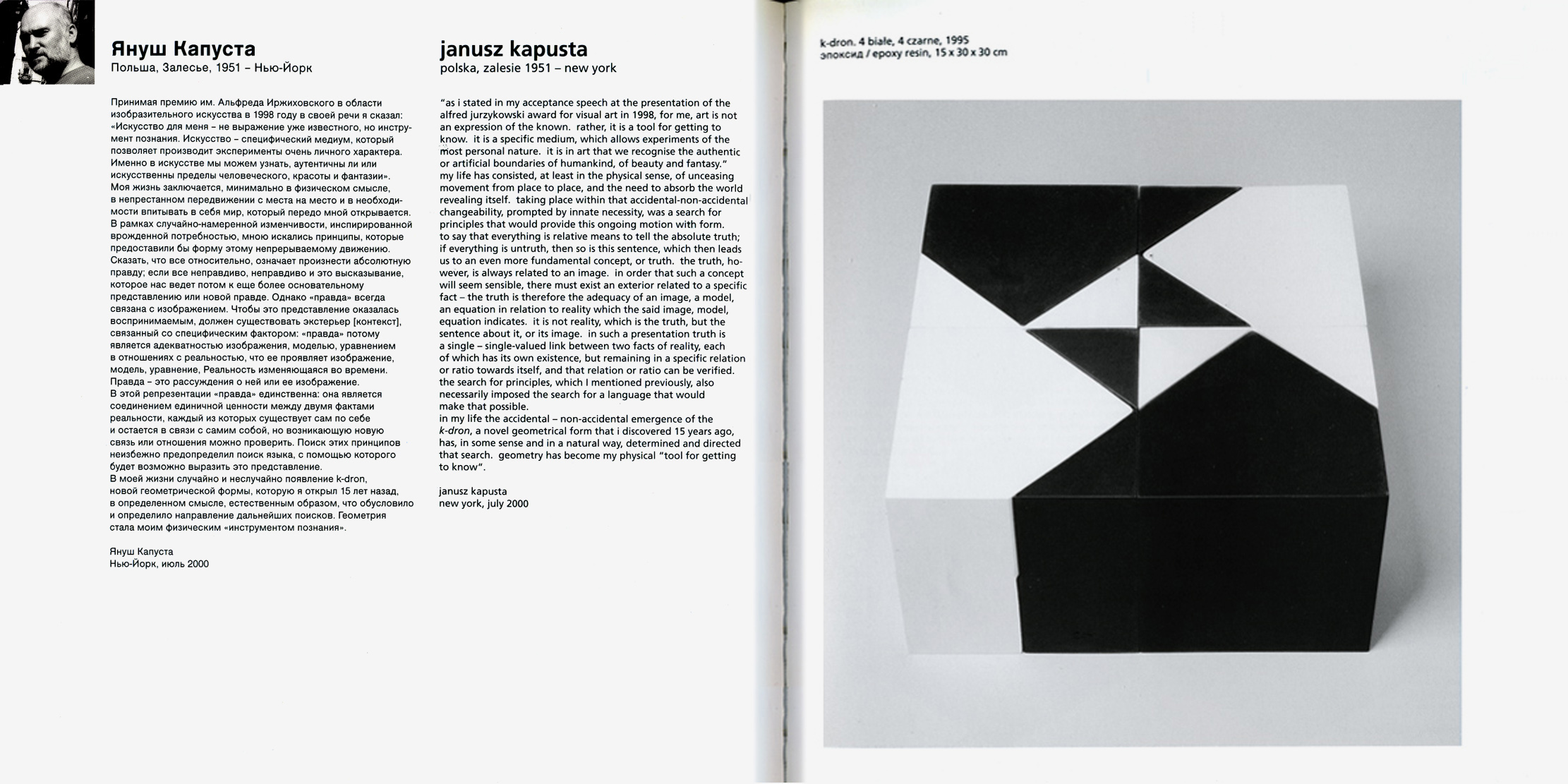 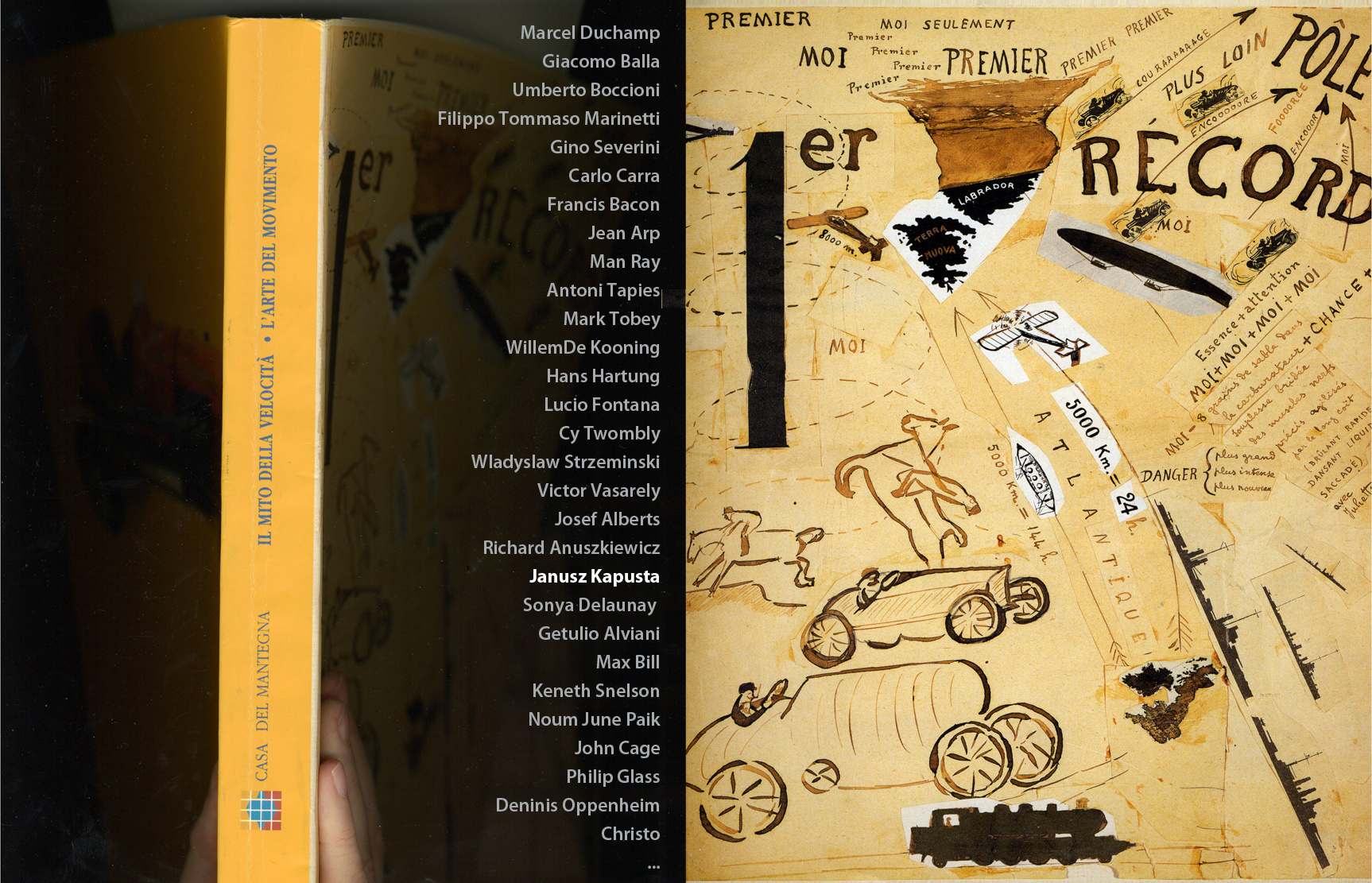 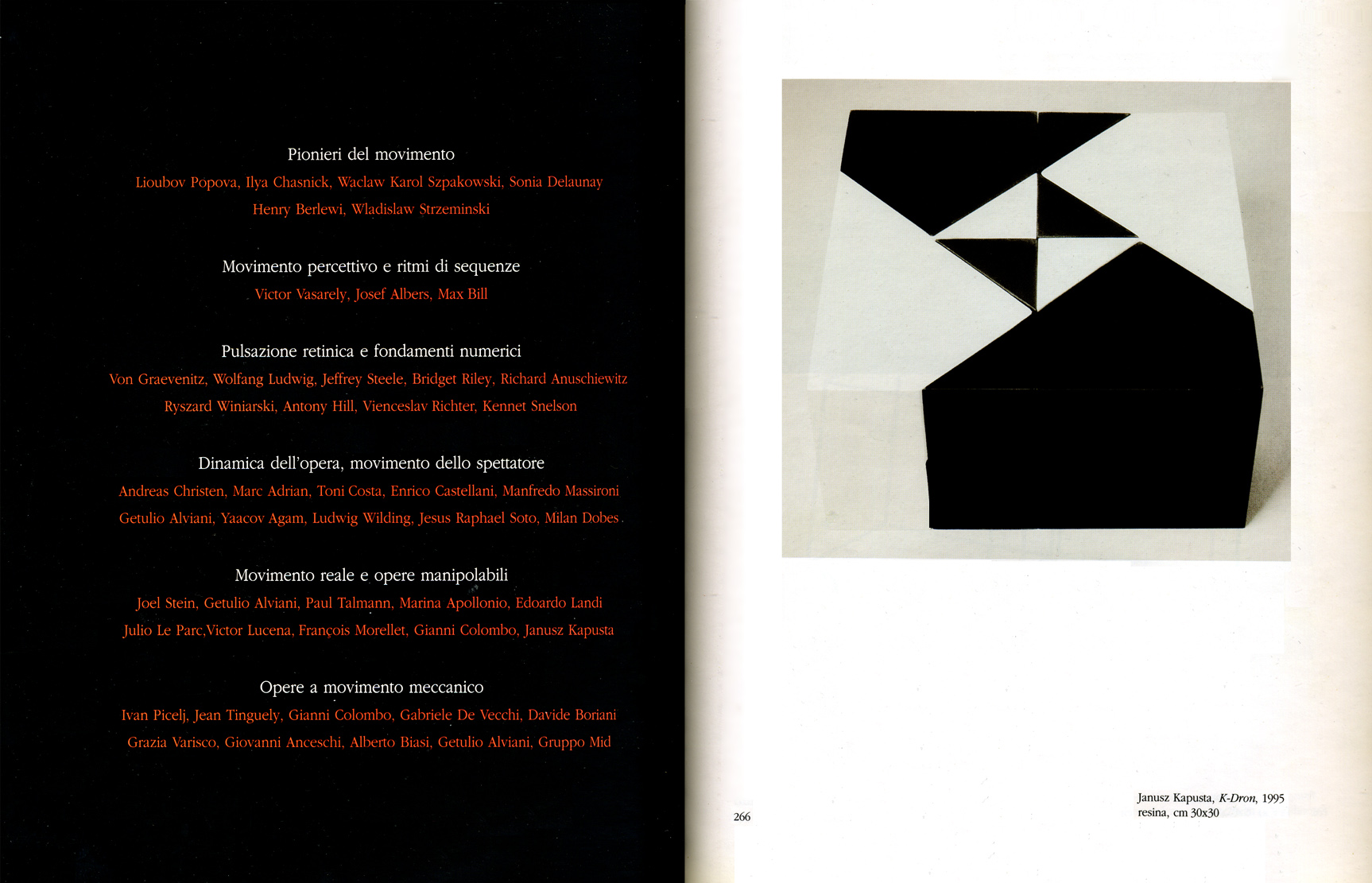 In Italian edition of Architectural Digest (Christmas Issue, 2002), a presentation of the most beautiful houses of the world. On the walls are the works based on the 4 white and 4 blacks K-dron combinations.

“Janusz Kapusta, K-dron”, a catalog from the exhibition in Rigo Gallery in Novigrad, Croatia, 2001. Curated by Jerica Ziherl, Jagoda Barczynska and Getulio Alviani 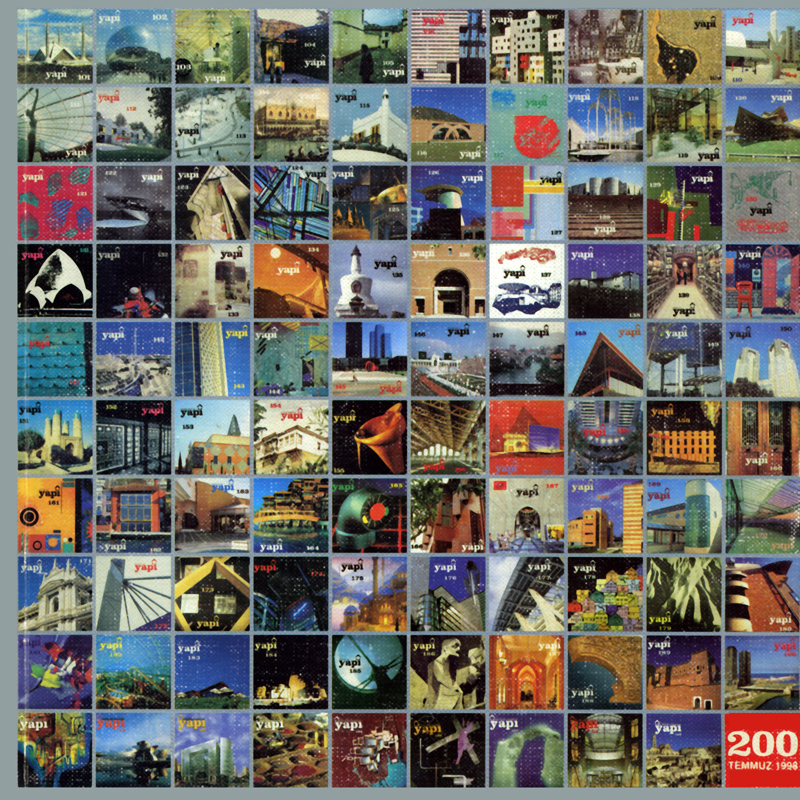 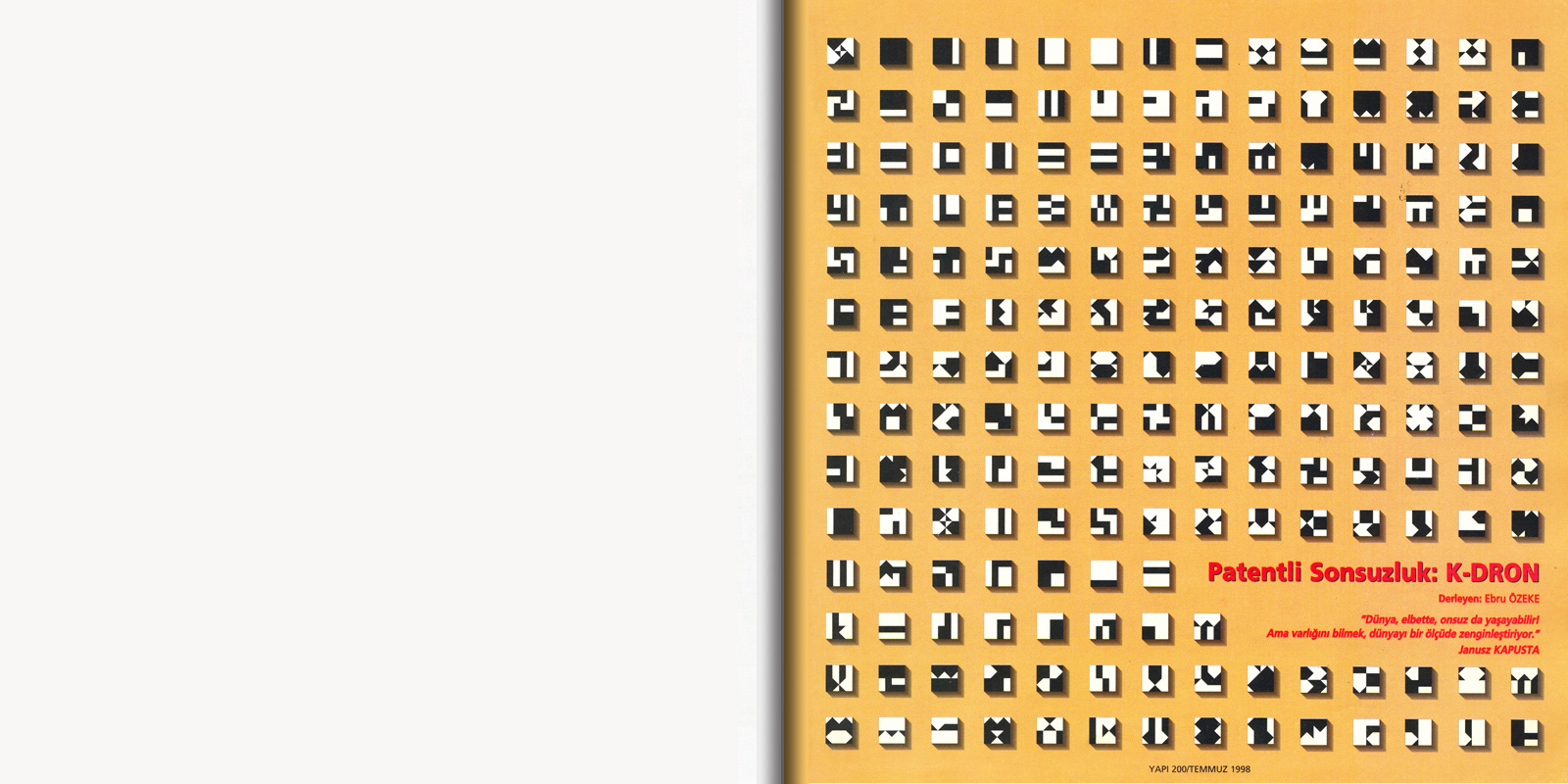 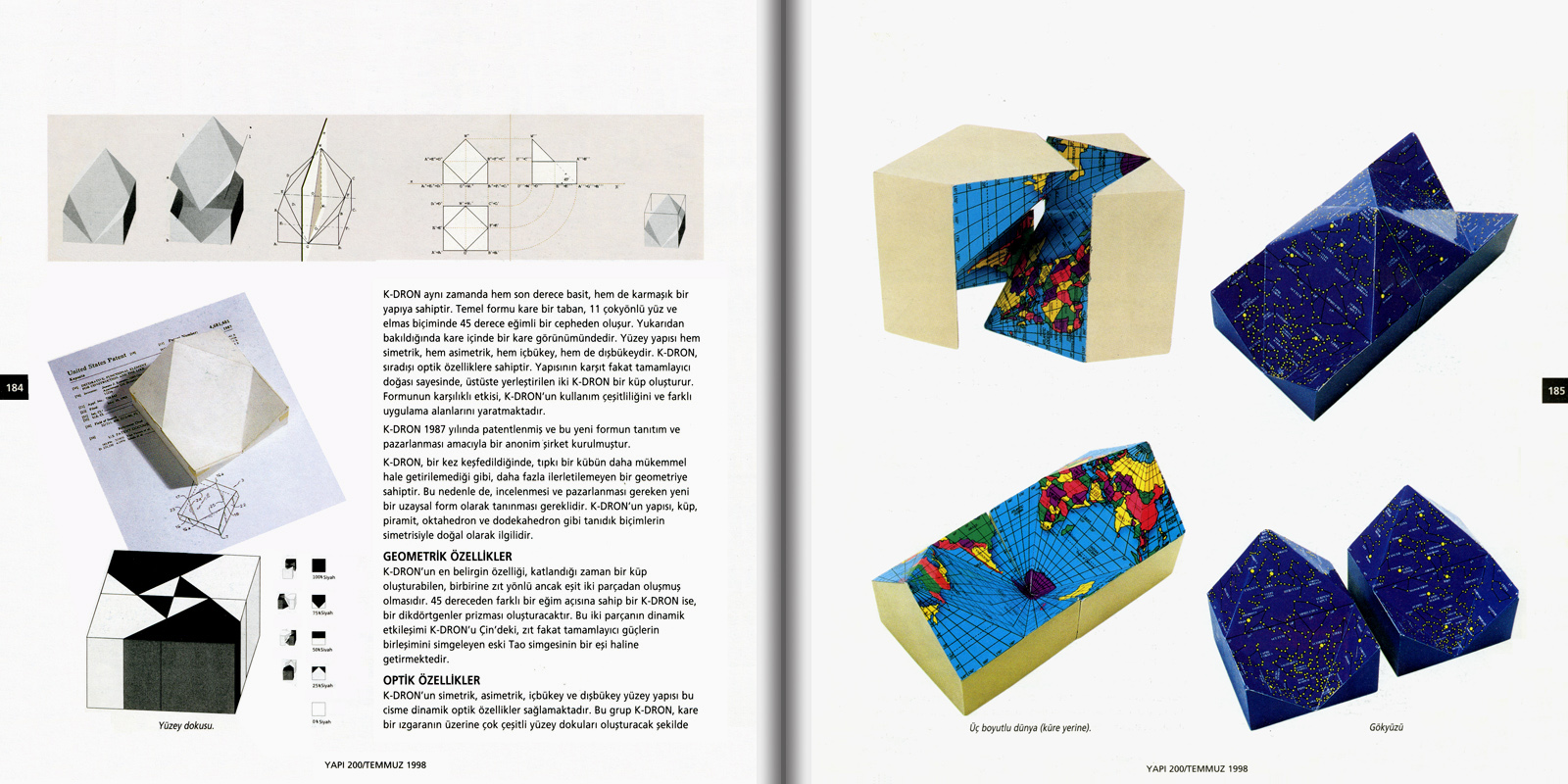 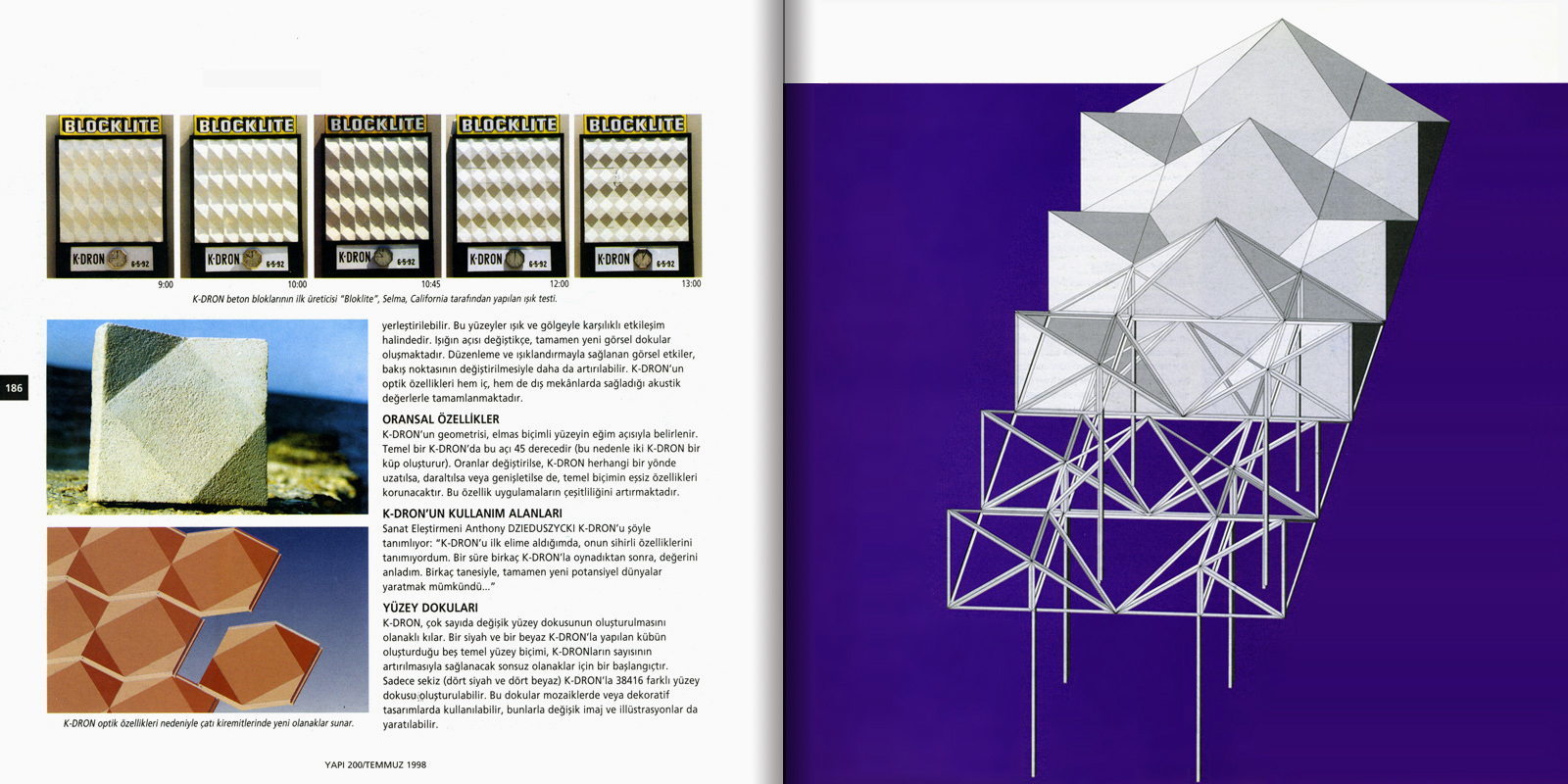 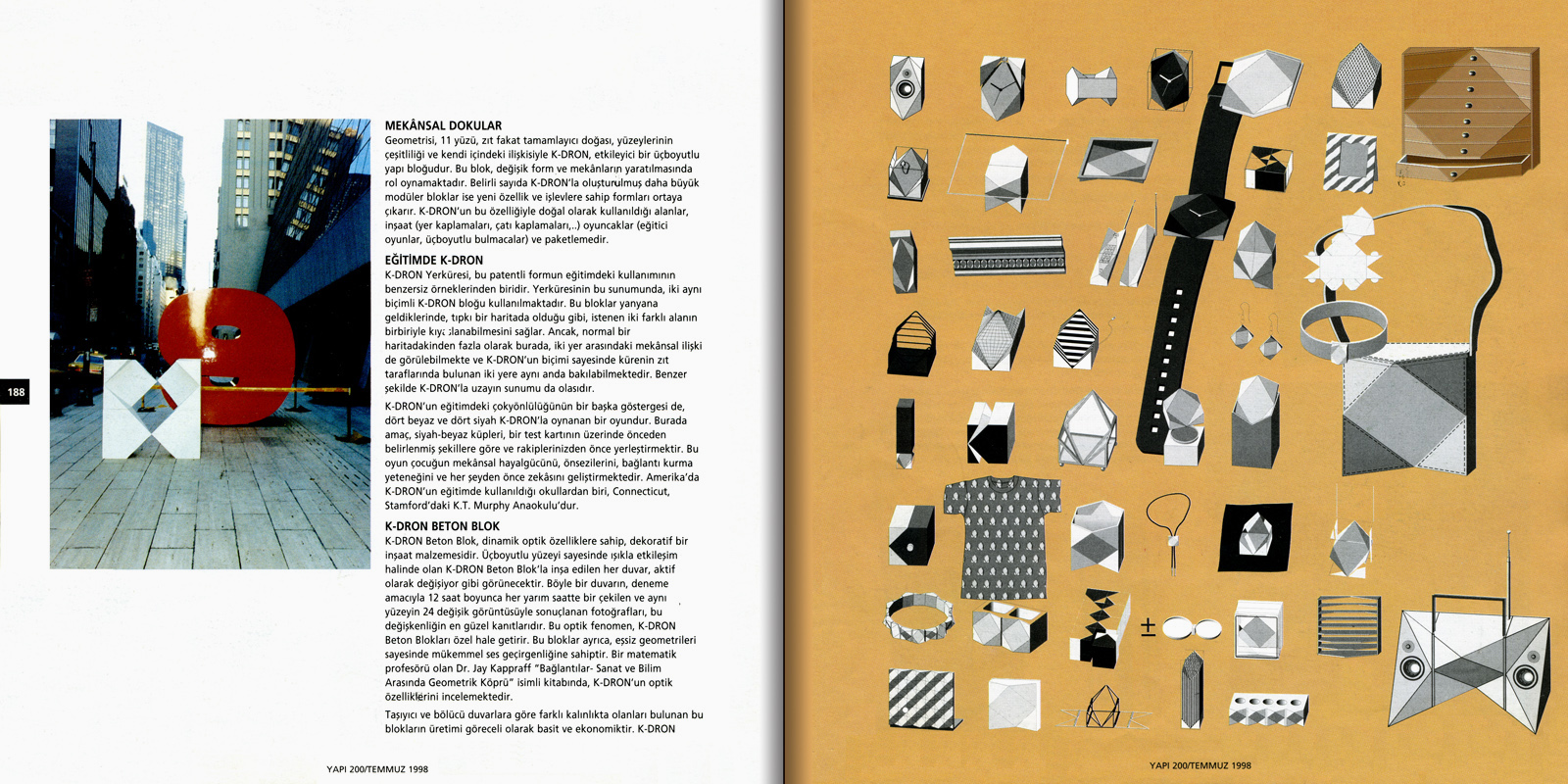 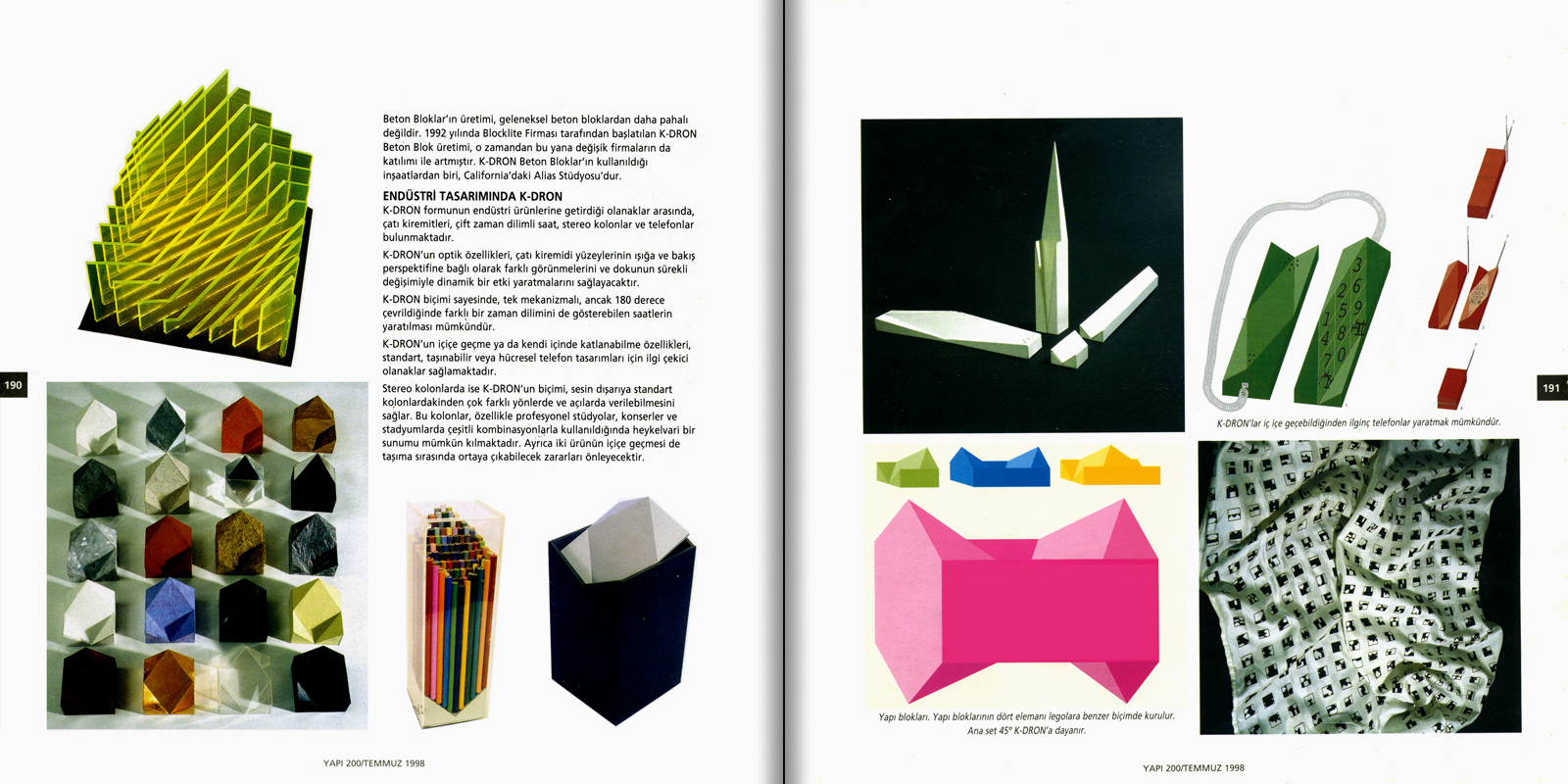 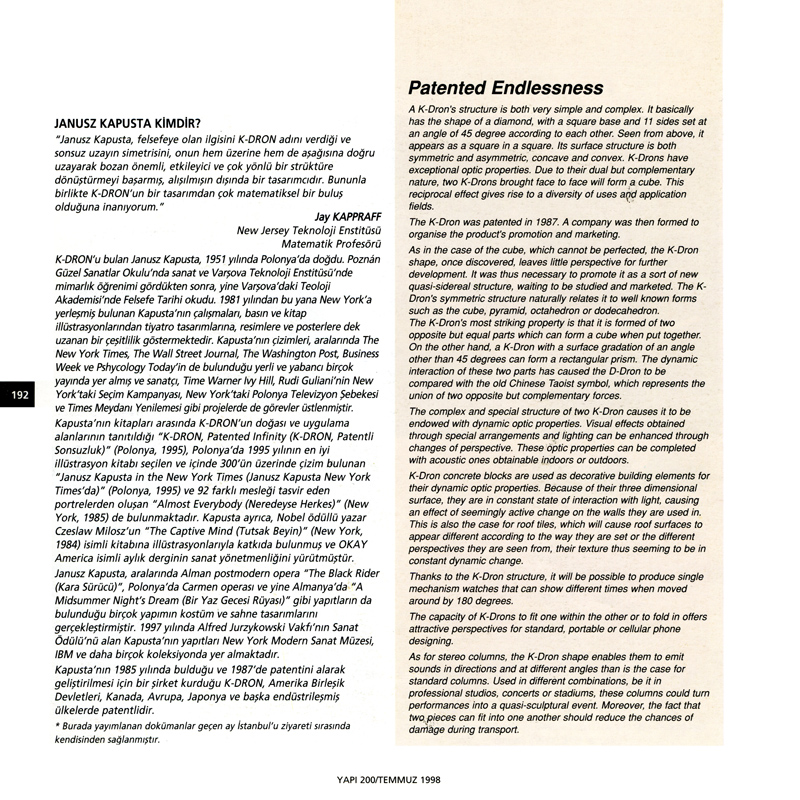 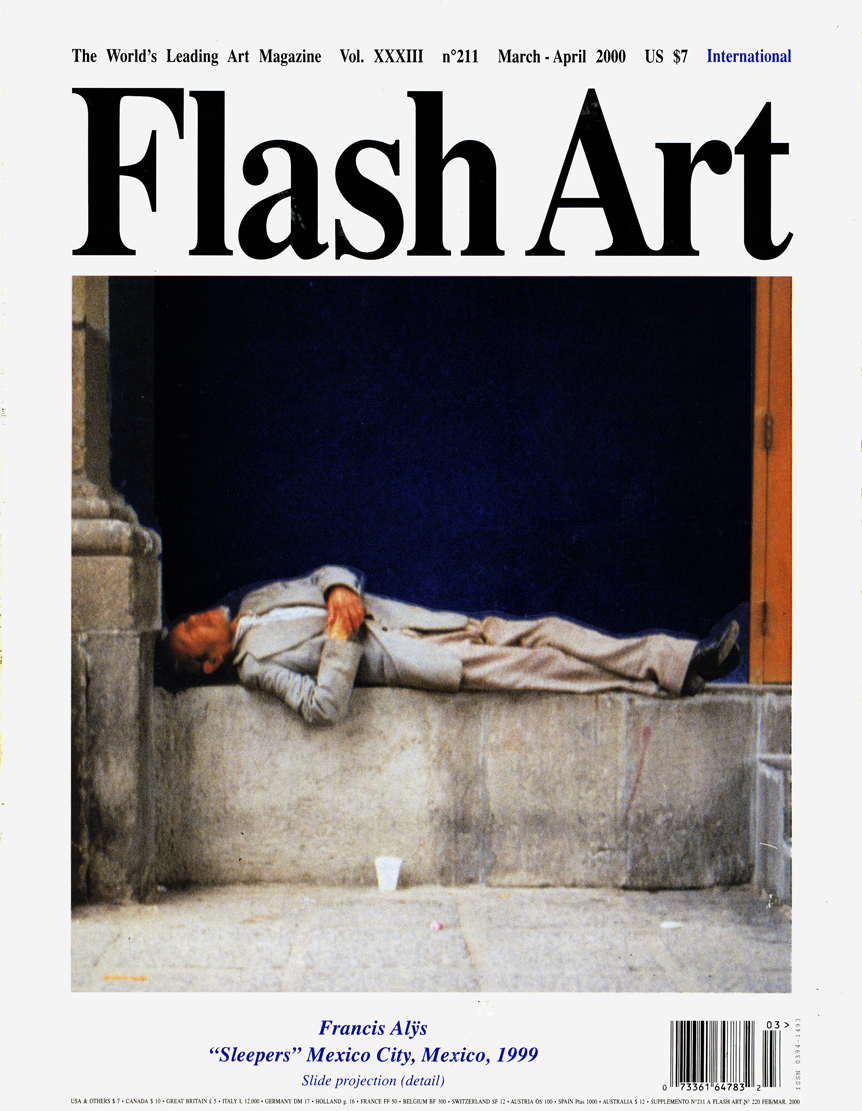 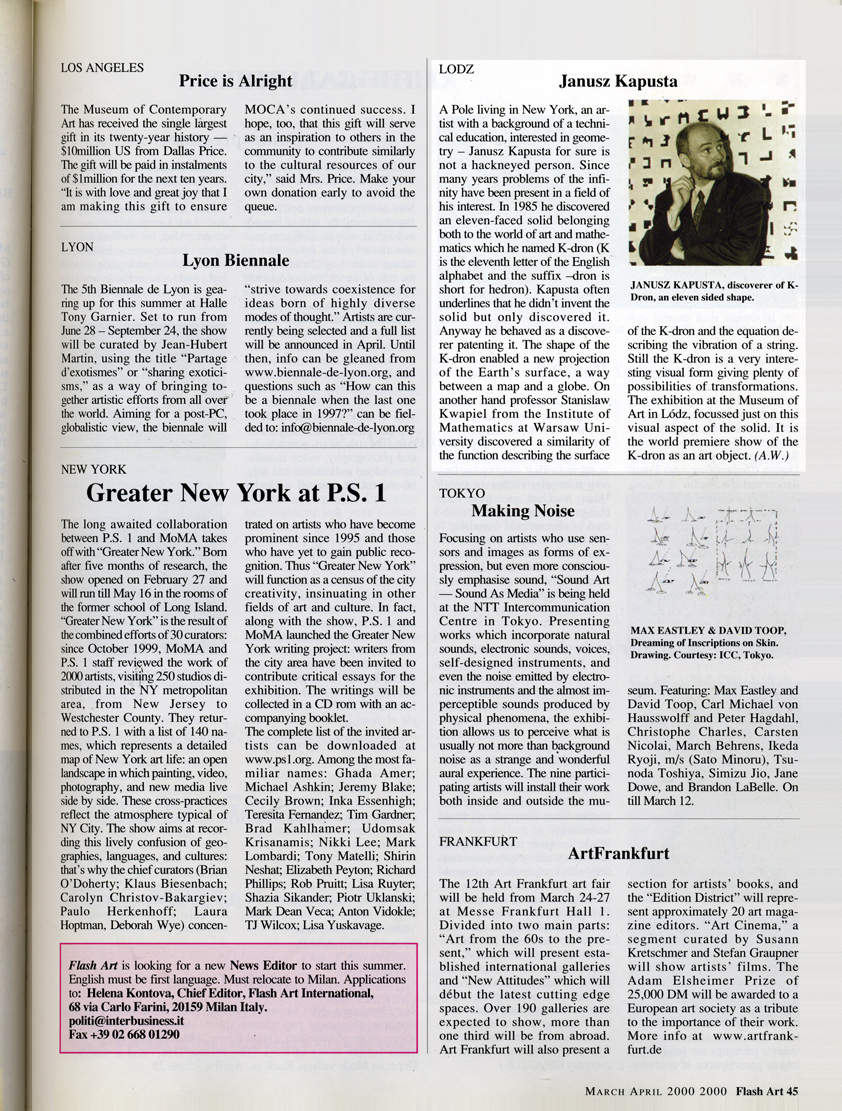 “Infinity and the Mind, The Science and Philosophy of the Infinite” by Rudy Rucker . The first book used a K-dron shape on the cover illustration. Princeton University Press, 1995, Cover illustration by Marek Antoniak 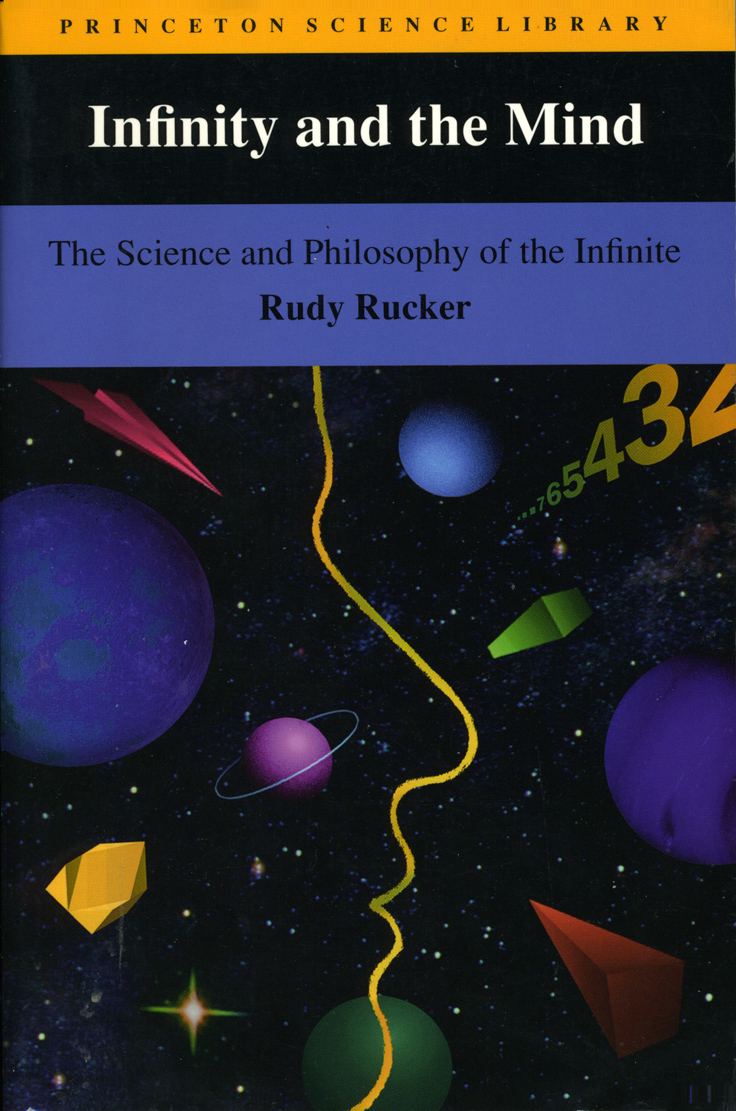 “Connections, The Geometric Bridge between Art and Science” by Jay Kappraff, McGraw-Hill, Inc., 1990.  The first book where K-dron shape was presented. 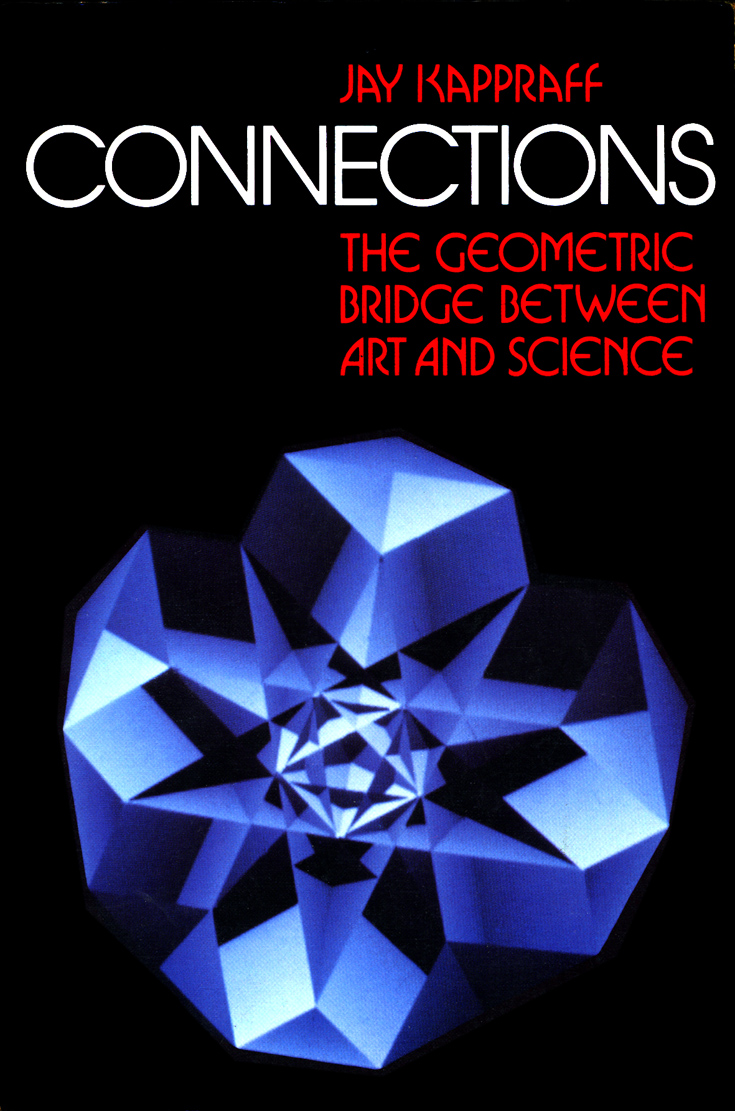 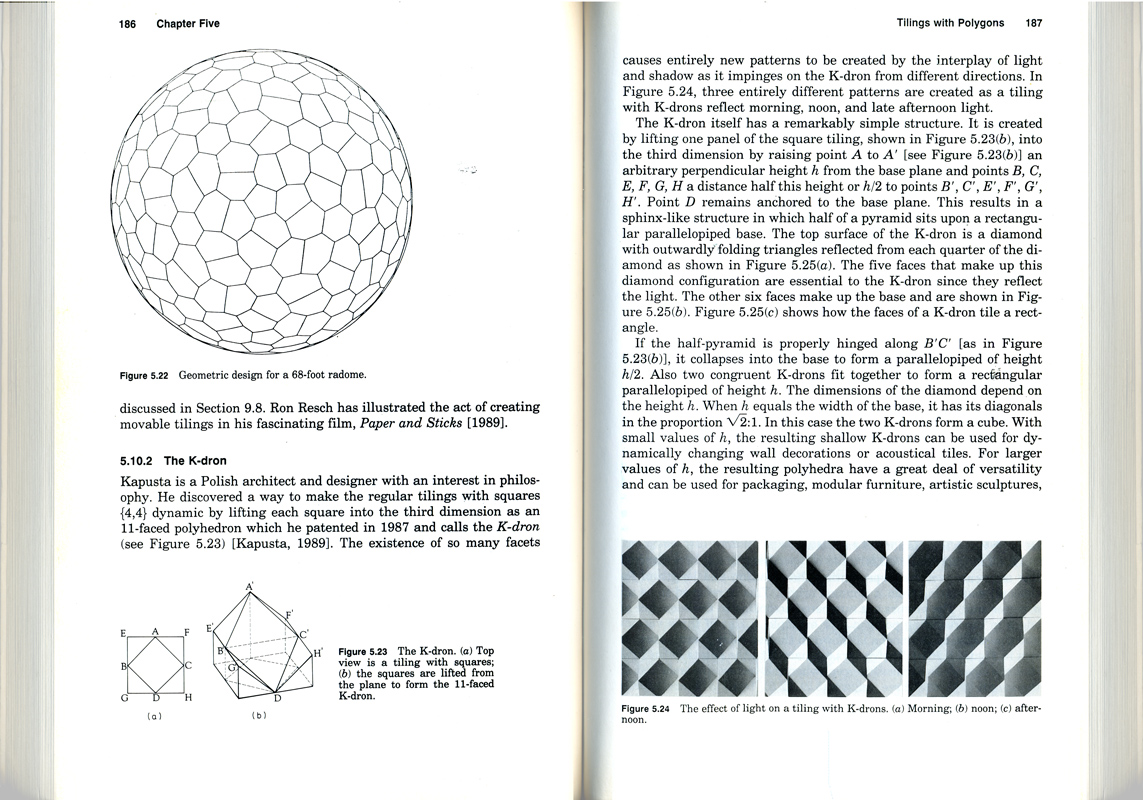 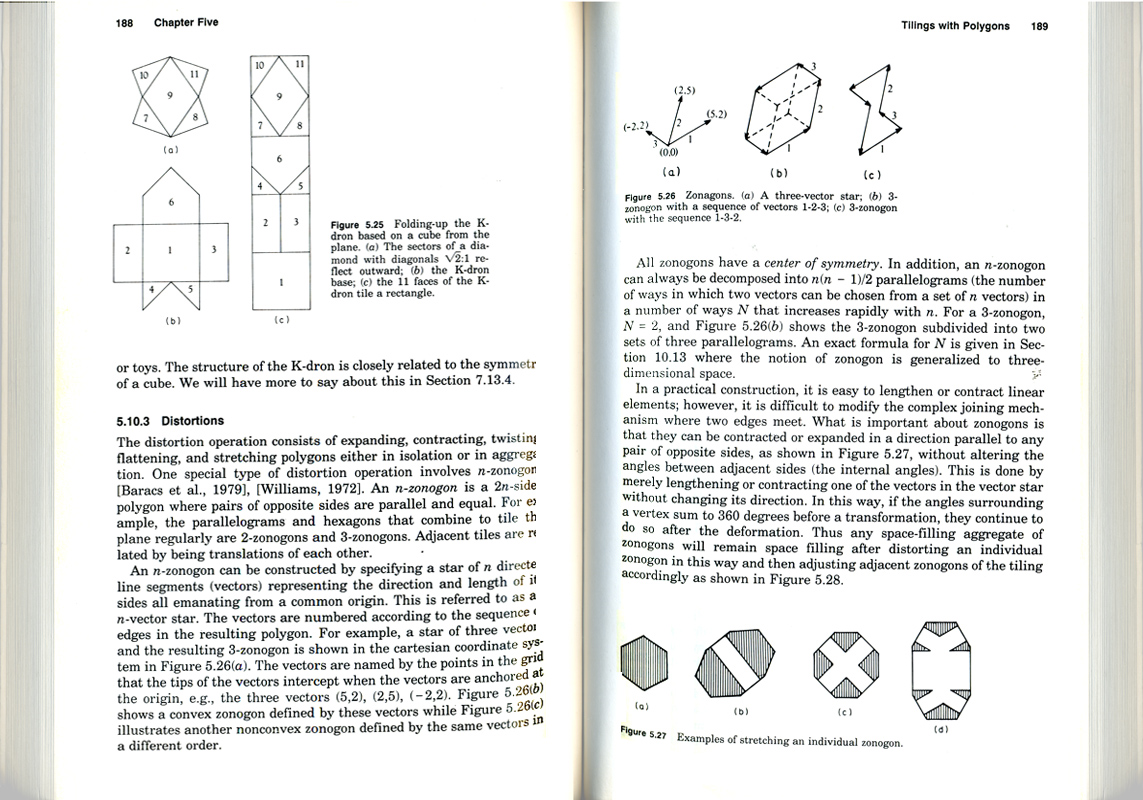 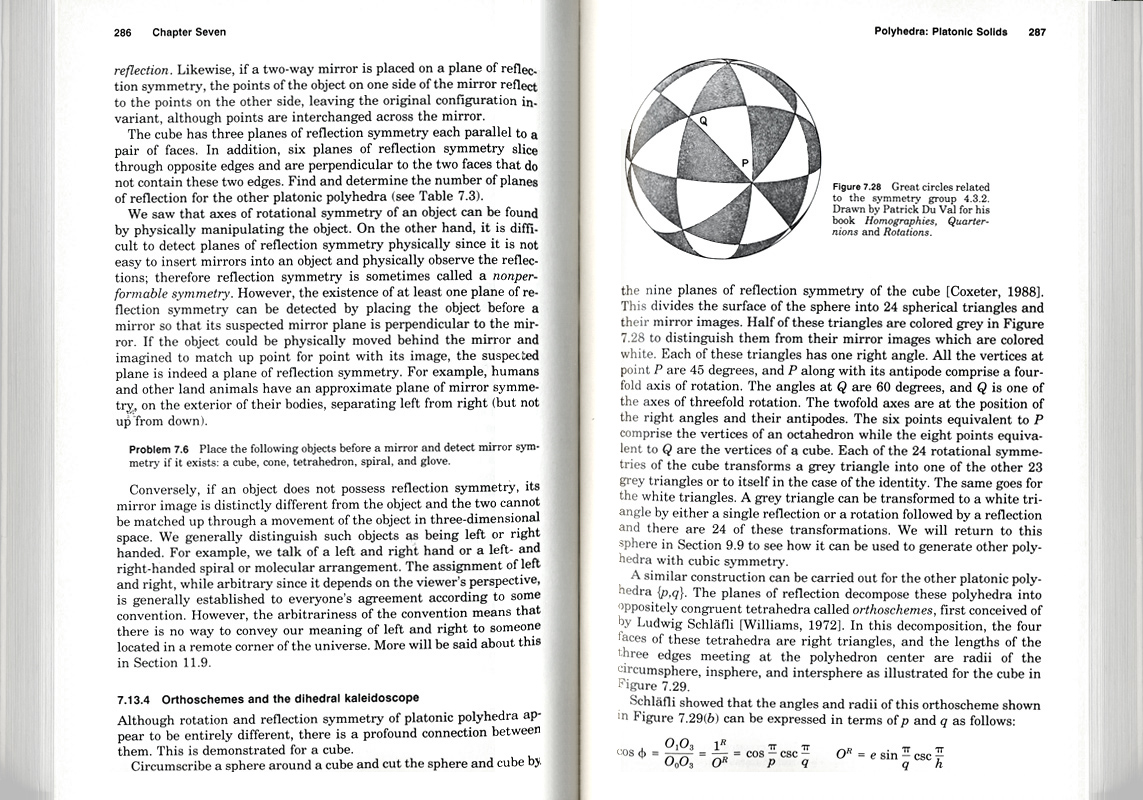 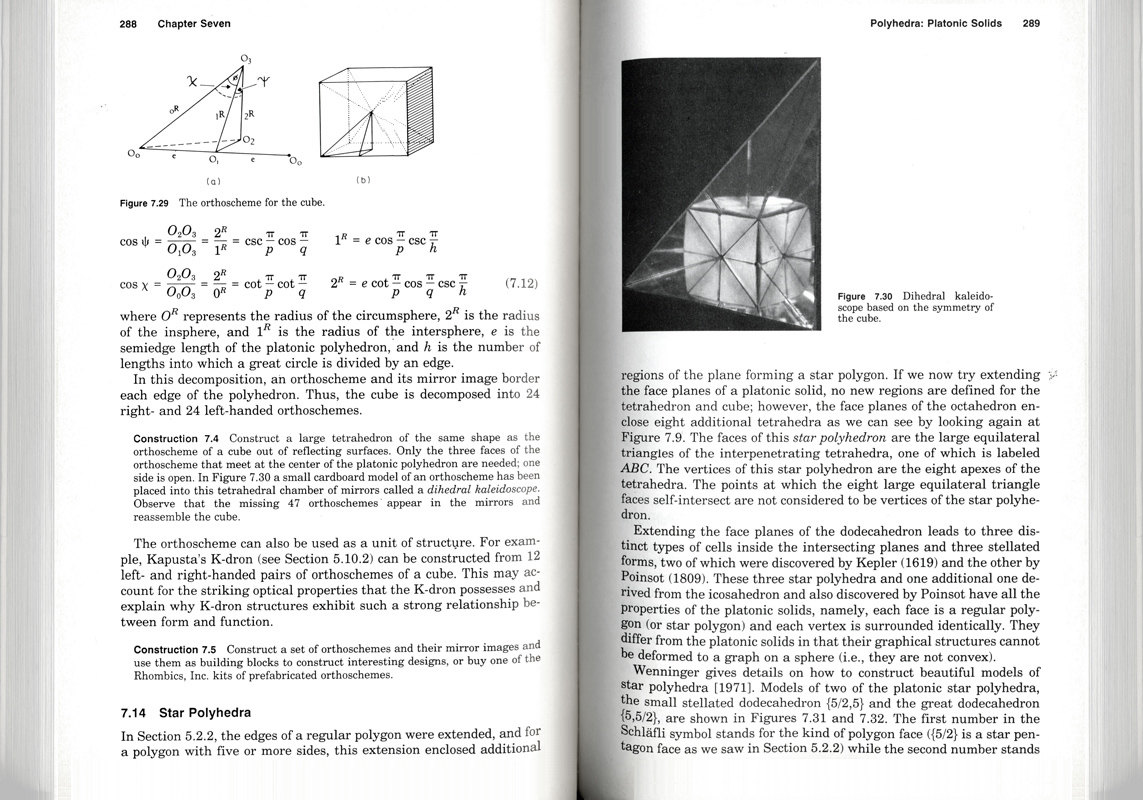 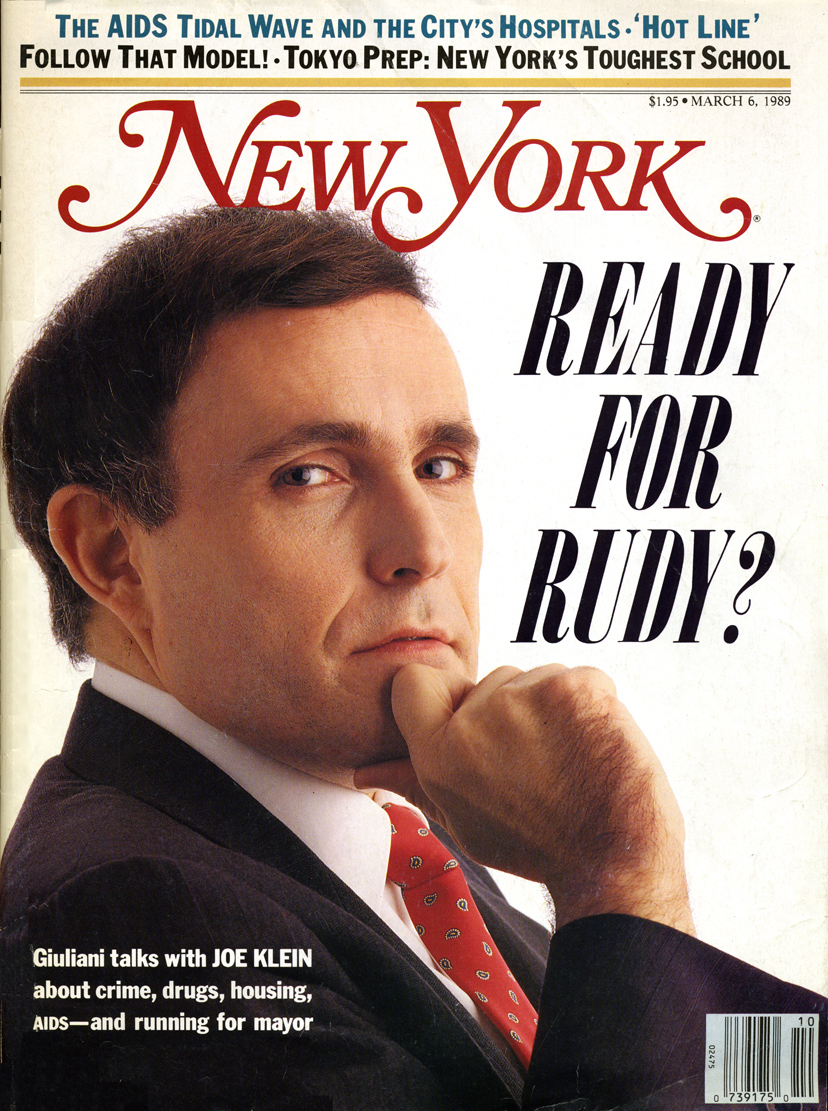 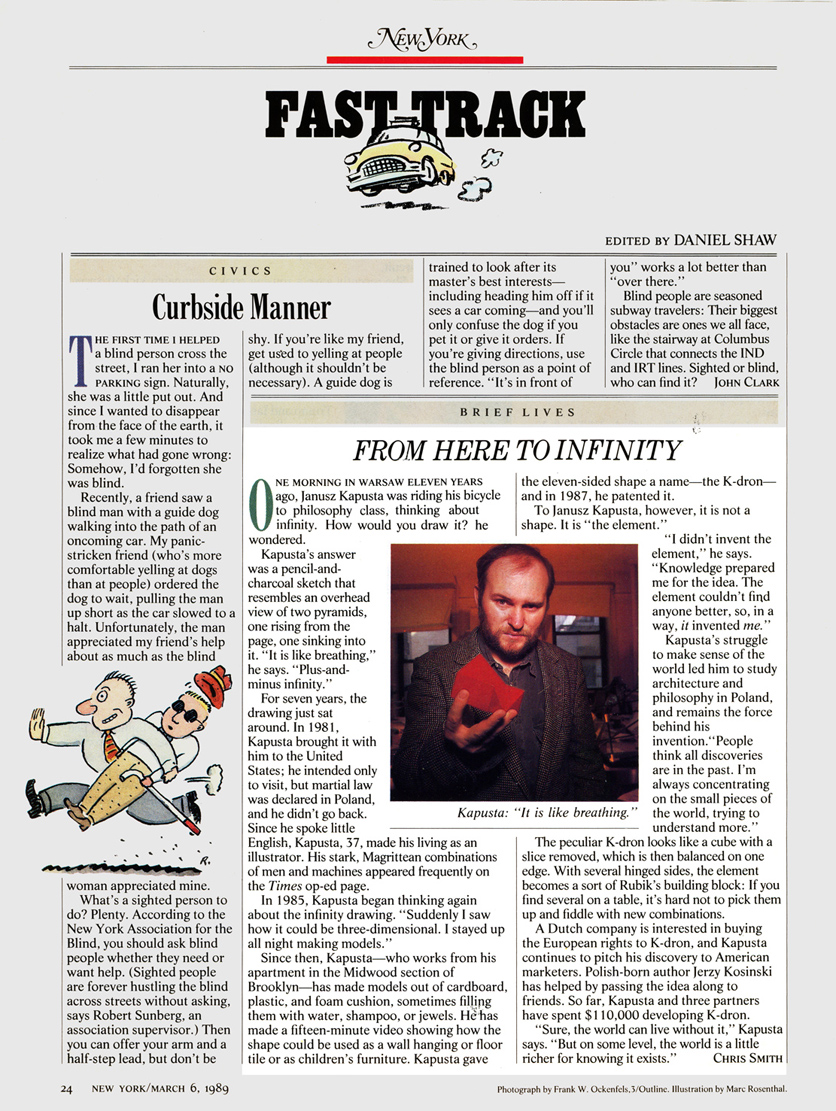